At the end of 2016, as part of their Christmas promotion, Reaper Miniatures offered a number of free limited edition figures to those customers who ordered more than a set value from their web site. When I saw these Goblin Carolers I knew that I wanted to paint them as a gift for friends. Unfortunately, I discovered them after the offer had ended. Luckily, I know a man. In January, Tim Fitch of Miniature Heroes got hold of set for me; he is a can-do type of bloke :-)

I stashed the figures away and in December brought  them out and painted them up. They were a lot of fun to do! 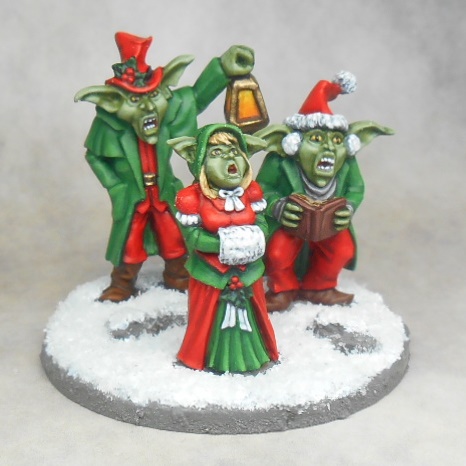 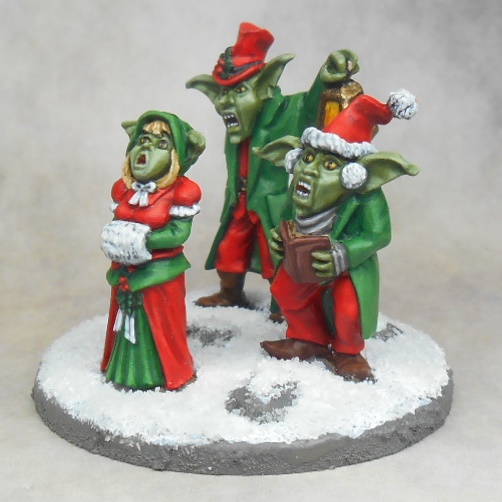 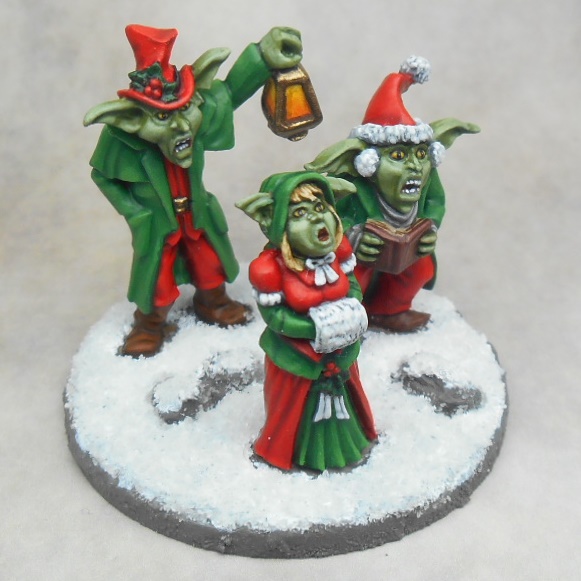 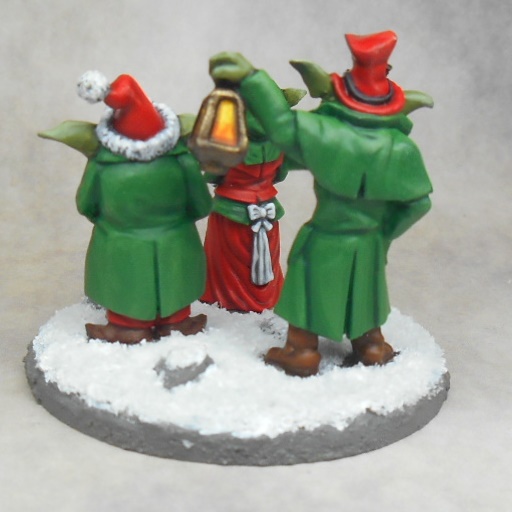 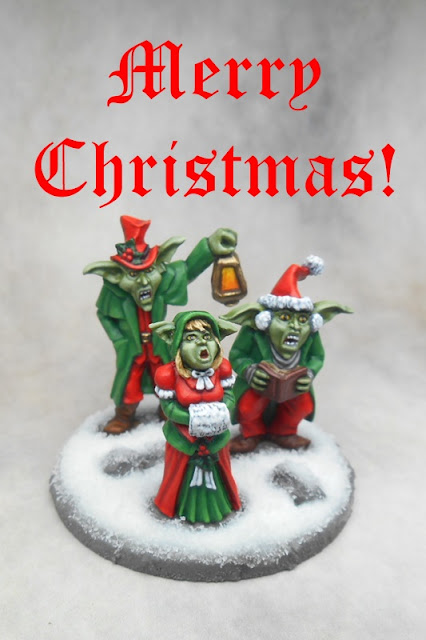 Reaper Miniatures issued them again this year as part of the 2017 Christmas promotion, so you might be able to get hold of them (catalogue number 01592).

When I was four or five years old I was given my first box of Airfix plastic figures, and that was the beginning. Over fifty years later I am still painting soldiers, building models and wargaming. Today I am fortunate to be able to spend lots of time at my work table, either painting armies for myself, or for others. Occasionally I'm allowed out of the house to go and play games with my toys.